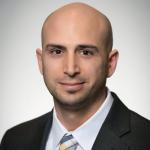 Mr. Bauco joined Westchester in 2016 as director of operations. Prior to joining Westchester, he was with Deimos Asset Management (previously known as Guggenheim Global Trading until 2015) for five years.  He began his career at IBM and gained operations experience at hedge funds DKR Capital and Shumway Capital.