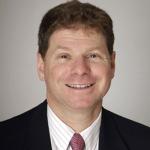 Mr. Behren was named managing partner of Westchester in 2010, having held the role of chief compliance officer from September 2002 through June 2010. He joined Westchester in 1994 from the U.S. Securities and Exchange Commission’s New York Regional Office, where he worked as an enforcement attorney for seven years. He also served as a member of Redback Networks’ board of directors and its audit committee, from 2004 through 2006.

Mr. Behren earned a B.S. in economics at The Wharton School, a J.D. from the University of Miami Law School, and an LL.M. in corporate law from the New York University School of Law. He began working in the investment industry in 1987.